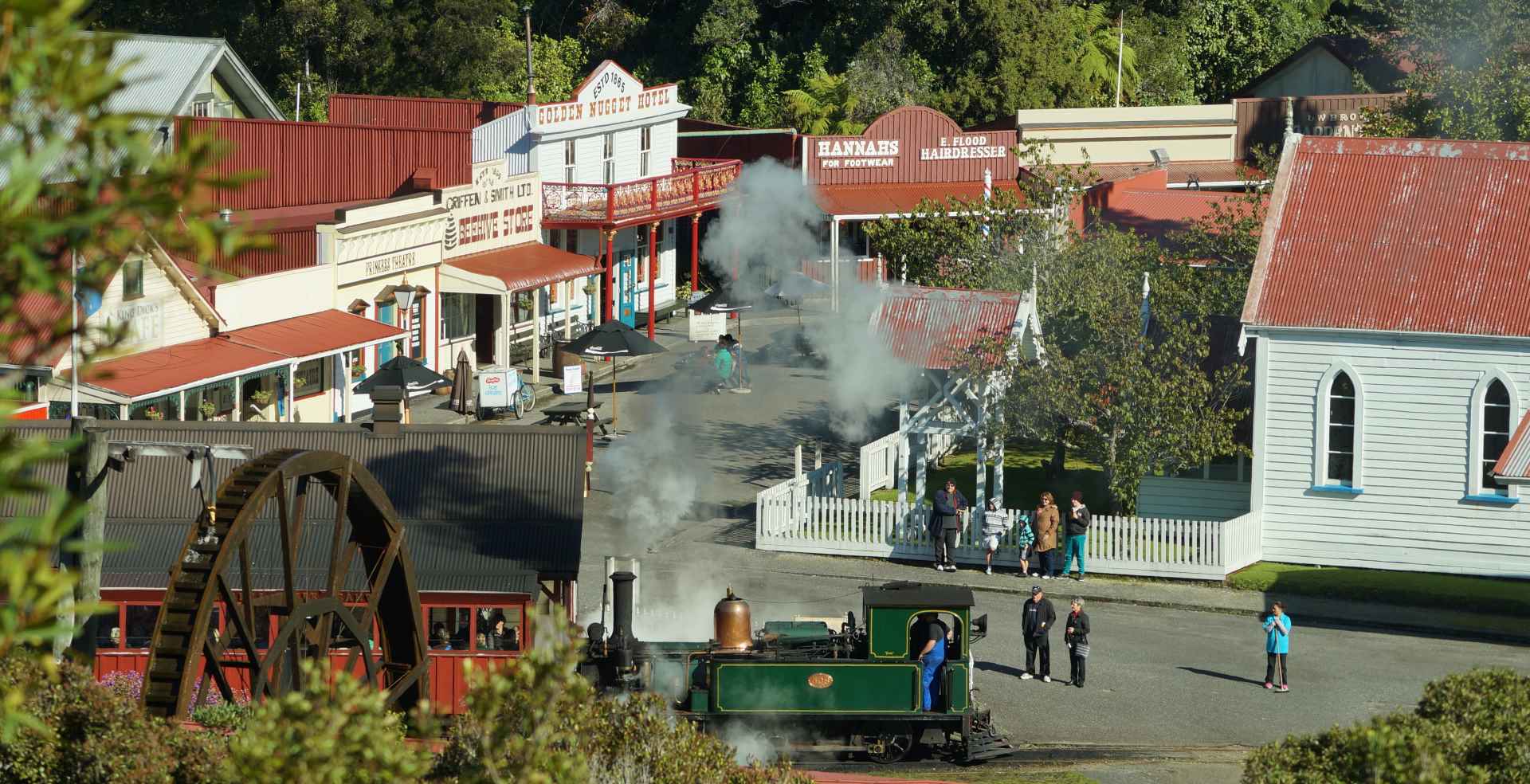 Our replica town is situated on the site of gold-rush and sawmilling history.

The idea of Shantytown arose out of a meeting in Greymouth in 1968, when a group of railway and vintage car enthusiasts discussed the possibility of forming a society for the car and preservation of such relics, and the creation of a tourist attraction.

Presenting at this meeting was the late A. L. Sutherland MBE, known to everyone as “Barney”. Barney was a watchmaker and jeweller, with an interest in gold panning as a tourist attraction. He was at the time involved in the Marsden Sluicing and Gold Company, a working gold claim, situated amid the splendour of native bush at Rutherglen (near the present site of Shantytown) and already attracting many visitors. Barney’s idea of re-creating an old West Coast town of the 19th century were presented to this meeting and accepted with enthusiasm. This led to the formation of the West Coast Historical and Mechanical Society.

The West Coast community rallied behind this venture and an amazing total of 10,367 work hours, over a period of eighteen months, were donated, along with goods and building supplies. Notable among these donations was the offer by the Minister of Mines, Tom Shand, to make available building materials and other equipment without charge, as the economy of the region was at a low ebb after the closure of the Dobson Mine. This donation helped to get Shantytown underway, with Shantytown officially opening on 23 January 1971.

Shantytown is almost entirely self-supporting and receives no operational funding from central or local government. 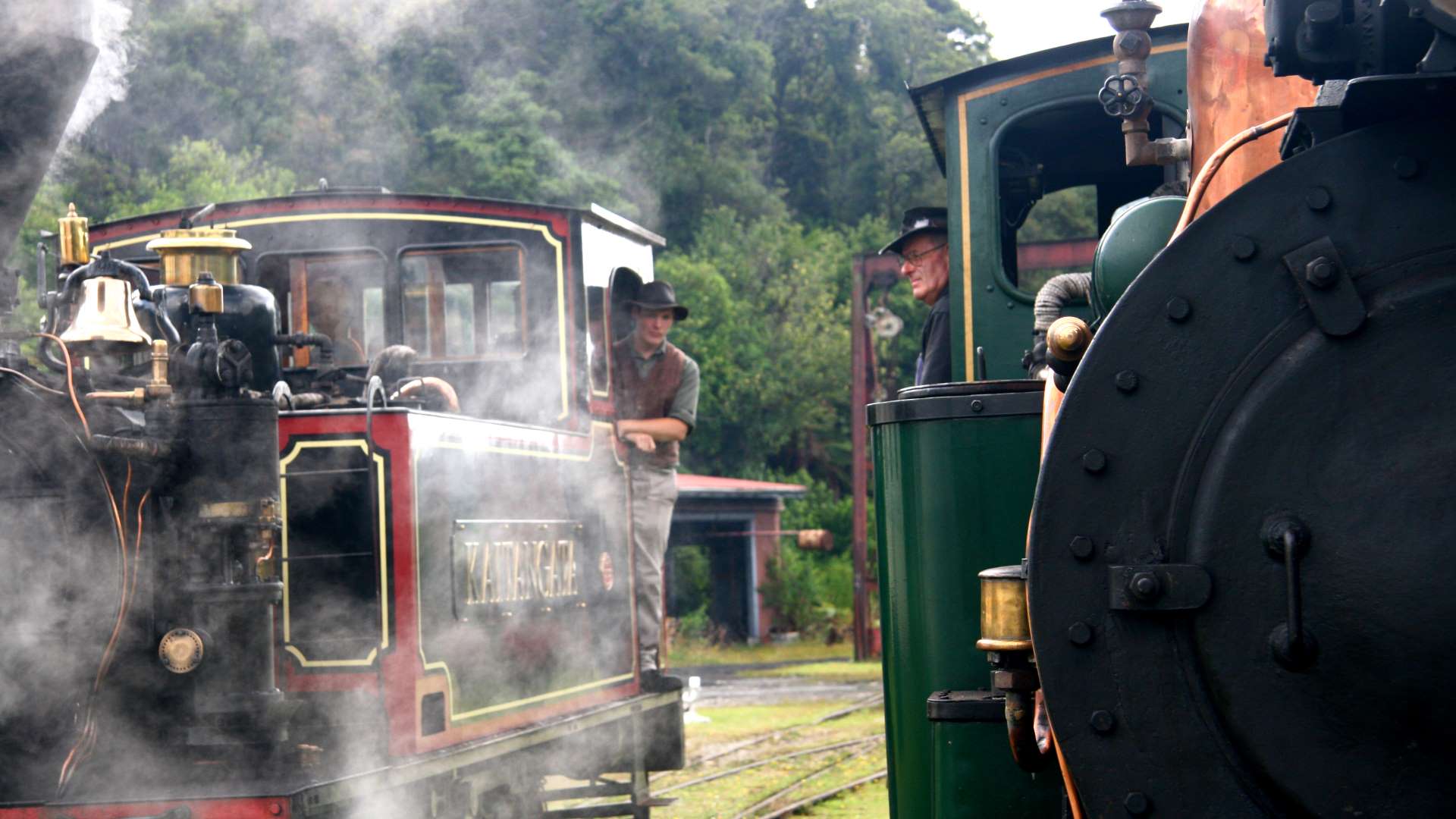